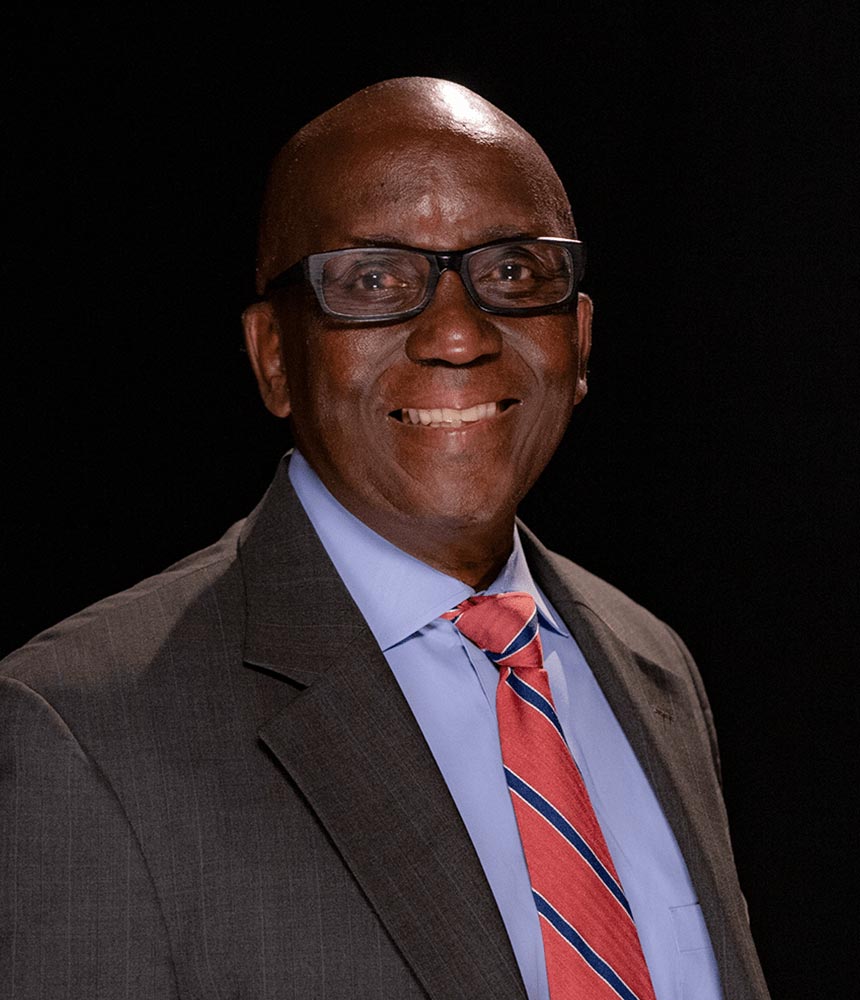 Pastor Gus, his wife, Jeneba, and their now-grown daughters first came to Northland in 1996. During his tenure, he has been involved in nearly every ministry here at Northland. Pastor Gus has been an integral part of helping Northland forge relationships in our community and across the world—enabling us to build a robust local and global missions ministry that broadens our work of sharing the Gospel, serving those in need, and disciple-making in our community and beyond. He and Jeneba have been partners in the ministry since their marriage in 1984—Colossians 1:28-29​ has been their goal for their life and ministry together. Jeneba worked with Child Evangelism Fellowship for over 26 years in Sierra Leone, Liberia, and Central Florida where she identified elementary schools that did not have Bible Clubs—recruiting and training volunteers to work in new schools. As well as being a teacher in our Children's Ministry here at Northland.

Pastor Gus was born in Sierra Leone, West Africa to a home of Godly parents who always instilled values of hard work, faithfulness in all things, adventure, and working together in community. His foundational years of discipleship commenced immediately after he trusted Christ at a Youth For Christ youth rally. Matthew 4:19 ​guided Pastor Gus to follow Christ and bring others to Him. Scripture Union grounded him in the basics of the faith during those years. The Holy Spirit used Ezra 7:10 ​to touch his heart and mind, calling him to be a teacher and pastor.

After earning a scholarship opportunity for both Pastor Gus and Jeneba to receive their masters in Christian Education at Reformed Theological Seminary, they embarked on their first trip to the United States. While here, their first daughter, Angela Marie, was born. After the program was finished, they returned to Liberia.

After moving back to Liberia, their second daughter, Catherine Joy, was born. While back at the African Bible College, Pastor Gus and Jeneba both taught courses. Their time in Liberia quickly came to an end when civil war started to break out.

Pastor Gus and his family returned to America for a year to assist at a church in Deland, Florida, and not long after, got connected to Northland. Although he had opportunities to stay in Deland and continue ministry, he and Jeneba were reminded of our life verse (Colossians 1:28-29) and decided to move back to Sierra Leone.

While back in Sierra Leone, Pastor Gus served as the National Director of ​Youth for Christ, Sierra Leone. ​At the same time, he joined a local Presbyterian Church started by Korean missionaries and was ordained as their first national pastor and church leader. Pastor Gus and Jeneba also planted three other churches around the city, started their own training school, and initiated a community development program. The church continues today by some of those they discipled and the ones they are discipling. Northland was one of the missionary supporting churches during this time in Sierra Leone. Pastor Gus was also elected as president of the ​Evangelical Fellowship of Sierra Leone and taught at Sierra Leone Bible College.

The Davies also joined Chris and Debbie Clark to start ​Children of the Nations— which works with orphans and destitute children. Pastor Gus served as their Country Director until they left the country and joined the board for some years while at Northland.

Once again, Pastor Gus and his family returned to Florida in 1996, after the outbreak of the civil war in Sierra Leone. Upon their return, the warm welcome they received from the Northland family assured them that this was the body of believers they would call home.

While at Northland, Pastor Gus has served in numerous roles, including inner-city ministry, local and global missions, teaching classes, and shepherding pastoral obligations.

Pastor Gus might be known best for his teamwork and collaborative approach to problem solving and innovation. He, among other Northland leaders, launched our benevolence ministry—to come alongside and disciple those in difficult financial situations to serve those in our congregation and the local community.

Most recently, Pastor Gus was appointed to Interim Senior Pastor, beginning July 1, 2020. Pastor Gus believes this role will strengthen and stretch him and many others in our church. He longs to finish strong with a legacy that Jesus is building His Church at Northland and beyond with the people He redeemed. He desires to see the fruit that remains and abides in His Kingdom and for His glory as we continue to worship, witness, and declare His Name.