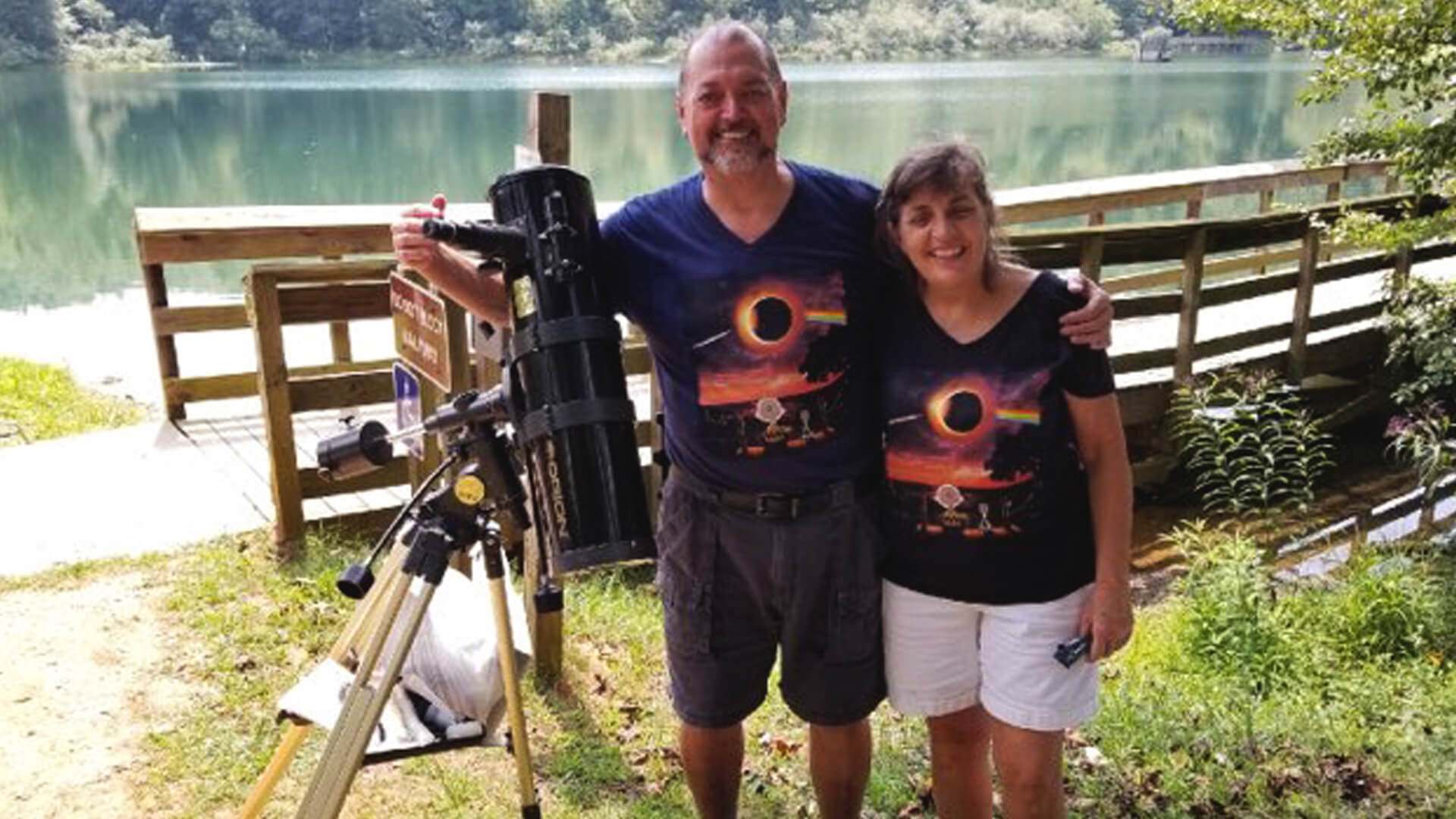 In May 2017, Jack McMakin was recovering from a terrible car accident. He had been rear-ended at a stoplight, which totaled his car and broke a vertebra in half. The accident happened two years after his wife, Jane, had died.

After he recovered, his daughters decided their father needed to get out and meet women. He was, in their words, “too young and too good looking to call it quits.”

The next thing he knew, Jack had signed up for three online dating sites. His daughters helped him craft the perfect bio, stating that he wanted to meet a woman of faith who lived within ten miles of his home — no players, fakers, drinkers, smokers, or cussers.

The first several callers were from overseas. In frustration, he asked them, “What part of living within ten miles of Altamonte Springs, Florida, do you not understand?”

Jack decided he’d had enough after the first three days, and he canceled his membership to all three dating sites. The next morning, he received one last text saying he’d received a match. He nearly deleted it without looking at it. But something told him that he needed to read this one.

The woman’s bio said she was a volunteer extraordinaire at her church, Northland. That grabbed Jack’s attention because he had been attending Northland for nineteen years.

Her name was Susie Davis. She had a list of qualities she wanted in a husband and a sticky note with a prayer for God’s protection stuck to her computer. She prayed she would meet someone from Northland, on fire for the Lord, with kids, who would love her and her daughter and accept her disabilities.

Susie had also been in an accident. In 1988, she suffered a brain injury that damaged her speech and vision. When she was matched with Jack and saw his photo, she said she could see Jesus in his eyes.

The two began texting. The more they talked, the more interested they became in one another. Soon after getting acquainted, Susie told Jack about her brain injury. She wanted him to hear her voice before the relationship progressed. Susie asked Jack to call and listen to her voicemail recording, then decide whether to pursue the relationship.

Jack was certain his answer would be yes. Nevertheless, he honored Susie’s request. Before calling, Jack prayed, asking God if it were meant to be, to please give him ears to hear and a heart to give. He called her number, listened to her voice — and ultimately felt an even greater desire to meet her in person. The two made plans to meet for an ice cream cone.

Jack fondly recalled their first date. The pair went to Coldstone Creamery, where they spent much of their first date laughing so hard that they couldn’t finish their ice cream cones.

Afterward, they took a stroll around Crane’s Roost Lake beneath a full moon. The weather was beautiful as the pair walked around the lake, hand-in-hand. Afterward, they headed back to Susie’s house so she could show Jack a spring in her neighborhood. The scenery was breathtaking. Huge live oak trees formed a canopy over the entire area. Amid this serene environment, Susie led Jack to a circular area about thirty-feet in diameter, totally covered by the canopy of the surrounding live oak trees.

In the middle of the circle, they were amazed to see a moonbeam cast down by the full moon above. They couldn’t figure out how it was there since the canopy should have been blocking the moonbeam. It was as if God was inviting them to dance. Jack pulled out his phone and played some music, and the couple danced under the full moon in a beam sent from God. It was the beginning of a perfect relationship formed by God.

The following Friday, Jack and Susie both served at a concert at Northland, the first of many volunteer opportunities they participated in as a twosome. A few weeks later, they exchanged “I love you’s.” Then, in December 2017, they were married in the same dance circle under the canopy.

Susie shared how Jack has changed her life. “Jack is more than I prayed for,” she said. “Mechanic, computer fixer, funny — but not funnier than me.”

Susie was in a second car accident last year. As she recovered, Jack was by her side. He prayed with her, drove her to doctor’s appointments, and cooked and cleaned for her. Every day he asks her, “Have I told you today how very much I love you?”

Jack and Susie met with Tom Kemper, one of Northland’s Ministers on Duty, for prayer in January 2022. He was inspired by their love for each other.

“They are just the sweetest couple I’ve ever seen,” he said. “I’ve never seen anybody married for four years that much in love. It made me want to go home and kiss my wife!”

For the last four years, Jack and Susie have danced underneath almost every full moon. They’ve missed only a handful of these dances due to Susie’s accident. They plan to make them up, though, because God put them together under a full moon, they got married under a full moon and there was a full moon on their honeymoon.

As dedicated as they are to their full moon dances, they are even more dedicated to one another and to honoring God, Who blessed them with each other. For those who know Jack and Susie, that number one focus on God is evident.

“Their story is a story of two people coming together because of God and living the life that God wants you to live,” Tom said. “You can see God in them in the way they act. It’s a marriage from God.”