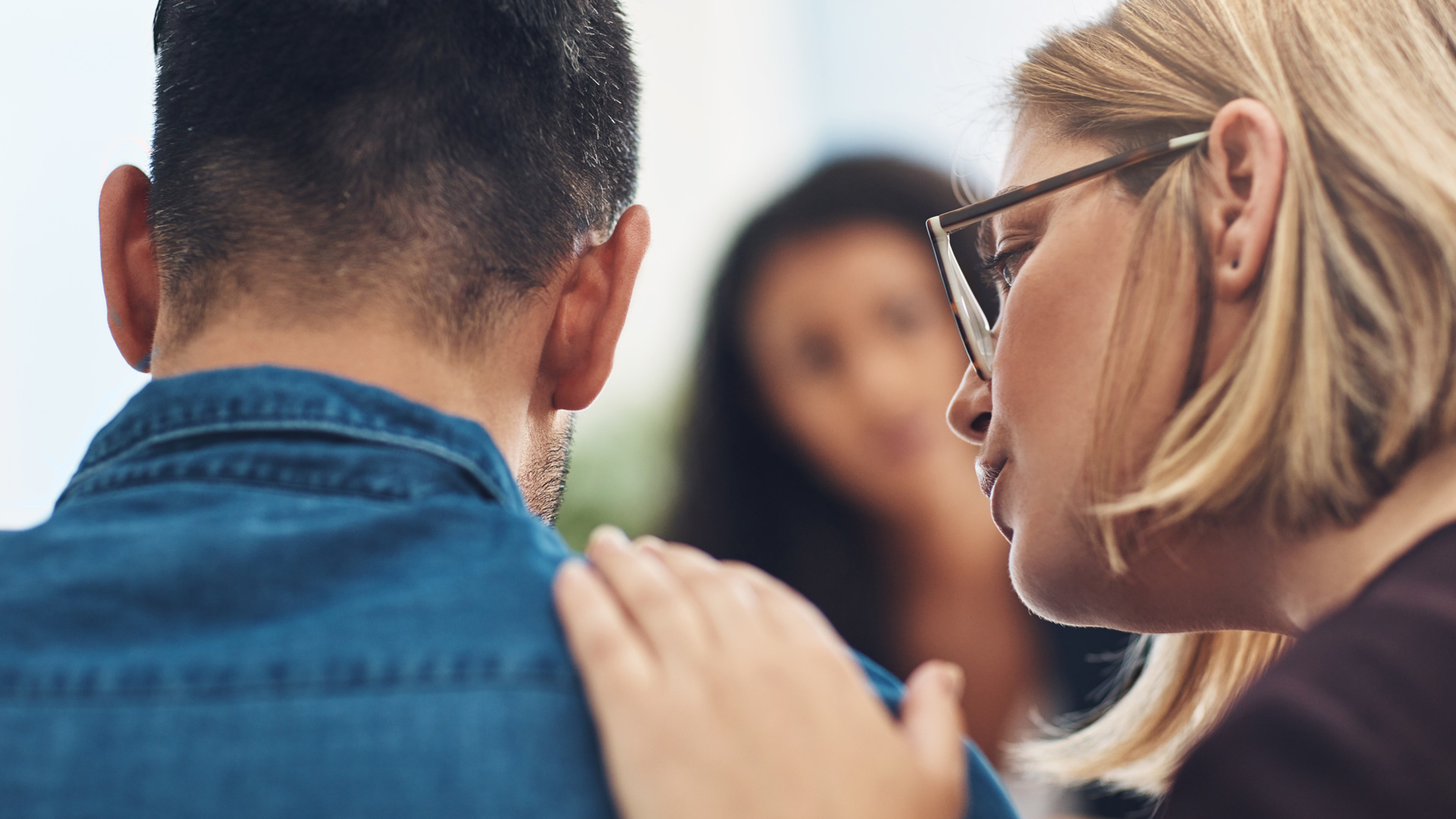 Stephen Ministers, Ministers on Duty available to assist you

You probably have heard Pastor Matt mention at the end of worship services that we have “ministers” available at the church during the week. Have you ever wondered who they are? Or even what it means to be a minister?

In some church traditions, that title is reserved for members of the ordained clergy. Others, such as Northland, believe that every member of the Kingdom of God, every Christ follower, is a minister. By responding to the gospel and being filled with the Holy Spirit, we become ambassadors for Christ and ministers to those He brings in our paths.

Yet we also equip and commission some people in our community to be trained ministers. These servant-leaders are called and mobilized to a specialized ministry of care for our community that usually involves prayer, listening, empathy, biblical guidance and/or spiritual direction. They complete some form of screening and initial training process, and then they maintain an ongoing connection to a team for continuing education and skill-building.

Each of them is truly made to minister by the Spirit, who distributes unique gifts to all of His followers. Following I highlight two kinds of these leaders at Northland: Stephen Ministers and Ministers on Duty (MODs).‍

Stephen Ministry is actually an international organization based in St. Louis, Missouri. You may have attended other churches that also have an active expression of this same ministry. I was trained as a Stephen Leader in 1995. Our current team of Stephen Leaders includes Lynda W.G. Mason, Joanne Johnson, Shirley Todd, Dave Whitten and Carroll Woehr.

Every year or so, they conduct a 50-hour training process over four months. Minister trainees learn Christian caregiving skills and how to address specific kinds of struggles while engaging in active role-playing exercises. The training process culminates in a commissioning ceremony and an authorization to begin meeting with care receivers. Our most recent trainee was Shanty Lawson. We were excited to add her to the team May 7!

Stephen Ministers specialize in care for people who are facing tough times, including the loss of a loved one, hospitalization, divorce or separation, loneliness, discouragement, unemployment, aging, birth, adoption, a miscarriage, infertility, chronic illness, a relocation, recovery after an accident or disaster, or being the caregiver of someone with one or more of these struggles. Stephen Ministers are prepared to enter into a long-term caring relationship with these people and meet weekly to be Christian friends who listen, care, pray, support and encourage.

You can count on Stephen Ministers being mature believers in Jesus Christ with caring hearts who will honor you with attentive presence and confidentiality for as long as there is a need! Regular, weekly or biweekly, meetings can be set up at the church.

If you are going through a difficult time and would like to meet with a Stephen Minister, please contact Lynda Mason at 407-949-4013.

During the week, Monday from 9 a.m. to 4 p.m. and Tuesday-Thursday from 9 a.m. to 7 p.m., a member of our MOD team is scheduled to be available at the church office. These ministers talk with people on the phone or meet with them in person.

The MOD team was formed almost 20 years ago. At that time, Northland had grown to the point that staff pastors and ministers were not as available as we wanted to be in order to meet with our congregation or guests who happened to stop by the church without an appointment. Desiring to remain a caring and responsive community, several of our shepherding elders began to come to the church for three- to four-hour shifts during the week and remain available to those who called in or came by the office. Over the years, this team has grown to include some Stephen Ministers and many additional shepherding elders.

Our elders are also spiritually mature Christ followers who have walked with the Lord and served Him for years – in most cases, decades. They are ministry leaders who have also completed a yearlong process of study, training and mentoring before being commissioned as elders. As with Stephen Ministers, these MOD team members meet regularly for ongoing training and connection with one another as well as our staff pastoral team.

MODs are available for prayer, questions about the Bible or Christian beliefs, and guidance during a difficult time. They provide emotional and spiritual care like Stephen Ministers but usually on a short-term, one-time, or crisis-care basis. They, of course, could connect you to a discipleship class for ongoing study, a group for greater connection within our church family, and/or a counselor or Stephen Minister for longer-term care.

You can usually reach a MOD at the church office whenever we are open. Many of our MODs and Stephen Ministers also serve on our prayer teams at the end of worship services, at the front of the sanctuary or in our prayer room.

As one who has been a part of training and supporting these teams of ministers for years, I can confidently say that God has gifted each of them to be a blessing to this church community – each one of them has been made by the Lord to minister. Reach out and let us know how we may serve you!

Back in October, our Governing Elder board approved a six-week sabbatical/study break for me. I am extremely grateful for this measure of grace afforded to me following a year or so of great change. It has been my honor to serve in a transitional leadership role as Pastor Joel...

Respond With Generosity This Easter Season

If you are relatively new to Northland, you may be wondering about our “tithe for Easter” tradition that has developed over the years. Many in our church family have been following Christ for a long time and already tithe or give extravagantly on a regular basis...

Connecting to Christ and each other

In 2020, February 26 marks the beginning of Lent. Churches throughout the world and over the centuries have observed the Lenten season in many different ways. The common thread is our focus on Jesus Christ and His redemptive work on the cross, culminating on Resurrection Day, Easter Sunday...