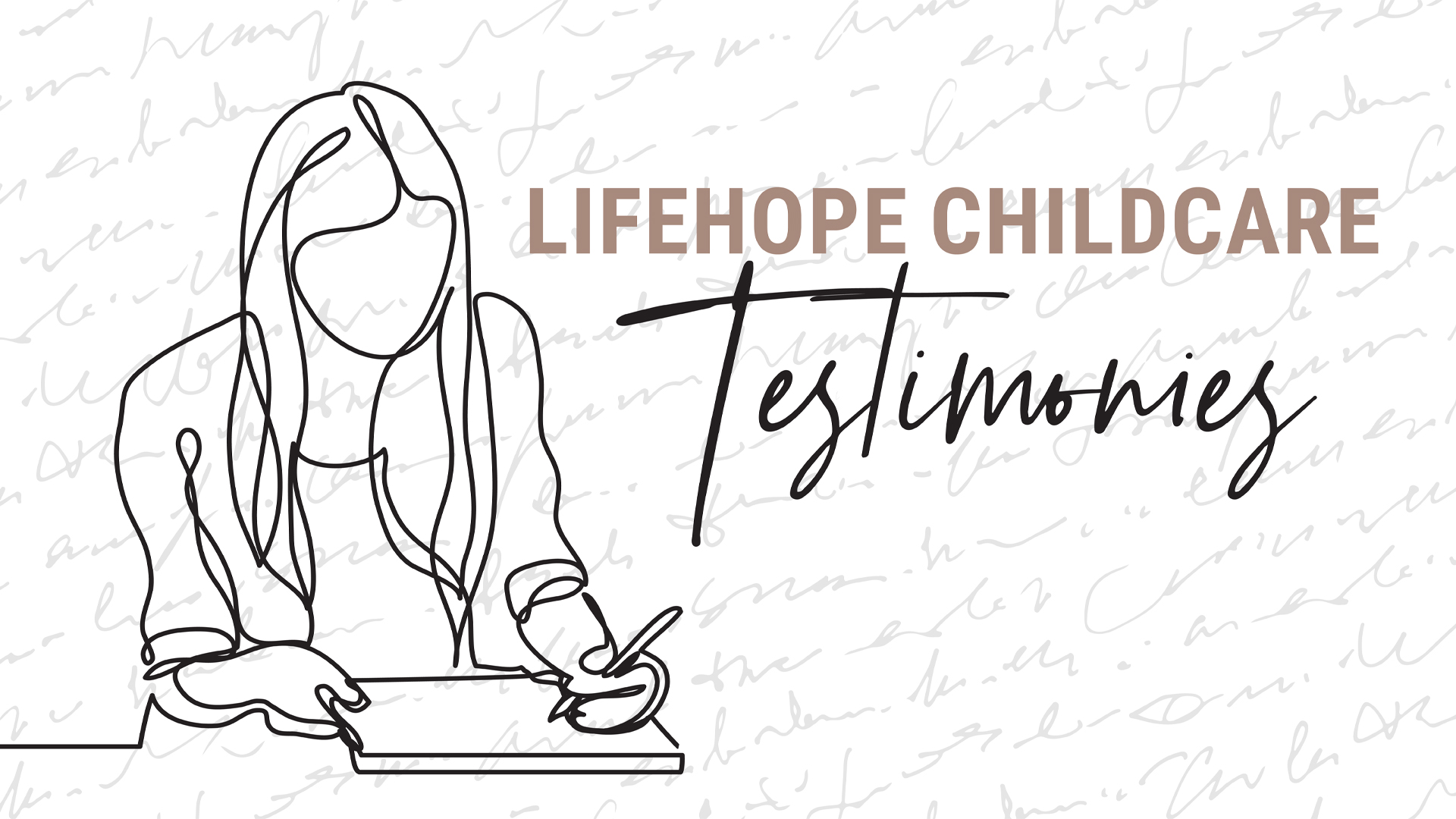 LifeHope Childcare was created to address single parents' needs in overcoming life’s challenges. LifeHope serves a great purpose in the lives of those impacted by this ministry. Here are a couple of those stories from LifeHope alumni.

On July 30, 2005, I was sentenced to 130 months in federal prison with four years of supervised release. I had never been in trouble with the law before this indictment, nor was I a likely candidate for prison, as they would say. I was a single mother of three beautiful children and lived a comfortable life. I experimented and quickly became addicted to cocaine and alcohol, and my life went downhill.

I lost custody of my children and, for a time, was homeless. Prison was a life-changing experience for me. It not only saved my life but also allowed me an opportunity to love myself again. I was so broken and didn’t know who I was anymore. I had an awesome family, but addiction separated me from them. I served my prison time involved in the church. I did the music for the Christian services, which was odd because I’m not a music person, but in prison the ministries are very limited. I furthered my education and received a certificate in Business Management and Drug and Alcohol Treatment Specialist. I excelled in my job and was quickly promoted to the payroll department that serviced multiple prison facilities. I found my self-worth again. My dream was always to find a good church home and a husband and serve those inside the walls.

I have yet to find a husband, but I have been super blessed with a church home that has welcomed me with no judgment and has shown me that there are options. Since becoming a part of LifeHope, I have grown so much. Shortly after being home, I became pregnant with no hope and no idea how my future would play out. God placed me in the hands of LifeHope, and it has been a life-changing experience. I have a job that I love, but I am not fulfilled. I know that my calling is to help those reentering society. I would not have been as successful had I not had my support. I know many walk out of those gates without support, and I desire to be God’s hands and feet to those. There is a strong need for such a program.

When I was a year old, my dad walked out on me, my mom, and my two siblings. We went to live with my grandfather, a Baptist preacher. I remember being on the steps with my grandmother when I asked her how to be saved, and that’s how I came to know Christ.

I was four when I was molested by my mom’s childhood friend’s oldest son. It repeatedly happened every time we would stay the night or go on family trips. My mom remarried, and my stepdad didn’t like her friend, so they stopped communicating. My stepdad had three boys, and my mom had two boys and me, so I was the only girl. My stepdad would be day by day with his moods, so some days he would be nice, and other days he would be upset at me, and I didn’t know why.

Once I started to date, I never picked the right guys. After splitting with an abusive ex, I met my oldest son’s dad. When I found out I was pregnant, we thought the right thing to do was to get married. However, he realized he wasn’t ready for a wife and kids once we were married. Our marriage collapsed within the year.

My next husband, I’d known for a long time. Everything was great until he got into drugs. Despite the physical and mental abuse, I stayed with him on and off for seven years.

The day we were supposed to get divorced, we decided to give it one more chance, and each broke it off with who we were seeing. Shortly later, I found out I was pregnant. I didn’t know who the father was. He begged me to get an abortion. I said no. Six months into my pregnancy, he transferred the money he made to his business account and drained our bank account.

Penniless and pregnant, I moved out. I was in and out of the hospital with kidney stones. They later found a tumor on my kidney and that the baby was not getting enough blood and was not growing at the rate he should have. If the blood flow stopped or got lower, he wouldn’t make it to birth.

I knew I turned too far away from God. I needed to come back. Only He could put back these broken pieces of the wreckage of my life and hold me up if I lost my baby. Walking through Northland’s doors, I found all the hope I needed, LifeHope.

My health declined throughout my pregnancy, and I discovered I had kidney cancer. The baby’s blood flow would be okay one day and decline the next. I had an emergency C-section at thirty-five weeks. After what felt like forever, I was able to see him and knew who the father was. I spent six weeks recovering, then went back again to remove the kidney cancer. At the same time, the baby’s father was doing drugs and jumping from job to job.

Last year, I had $21,000 in debt, no savings, twice divorced, scared for my health, and my son’s dad in jail. I lost hope. I thought I’d never escape the damage I got myself into. I turned everything over to God. Today, I purchased my second home, paid off all my credit card debt, and had enough savings to pay for unexpected expenses. I’m engaged and took on the “bonus” mom responsibilities with great pride. My situation is forever changed due to the direction that LifeHope put me in, and I’m forever grateful!