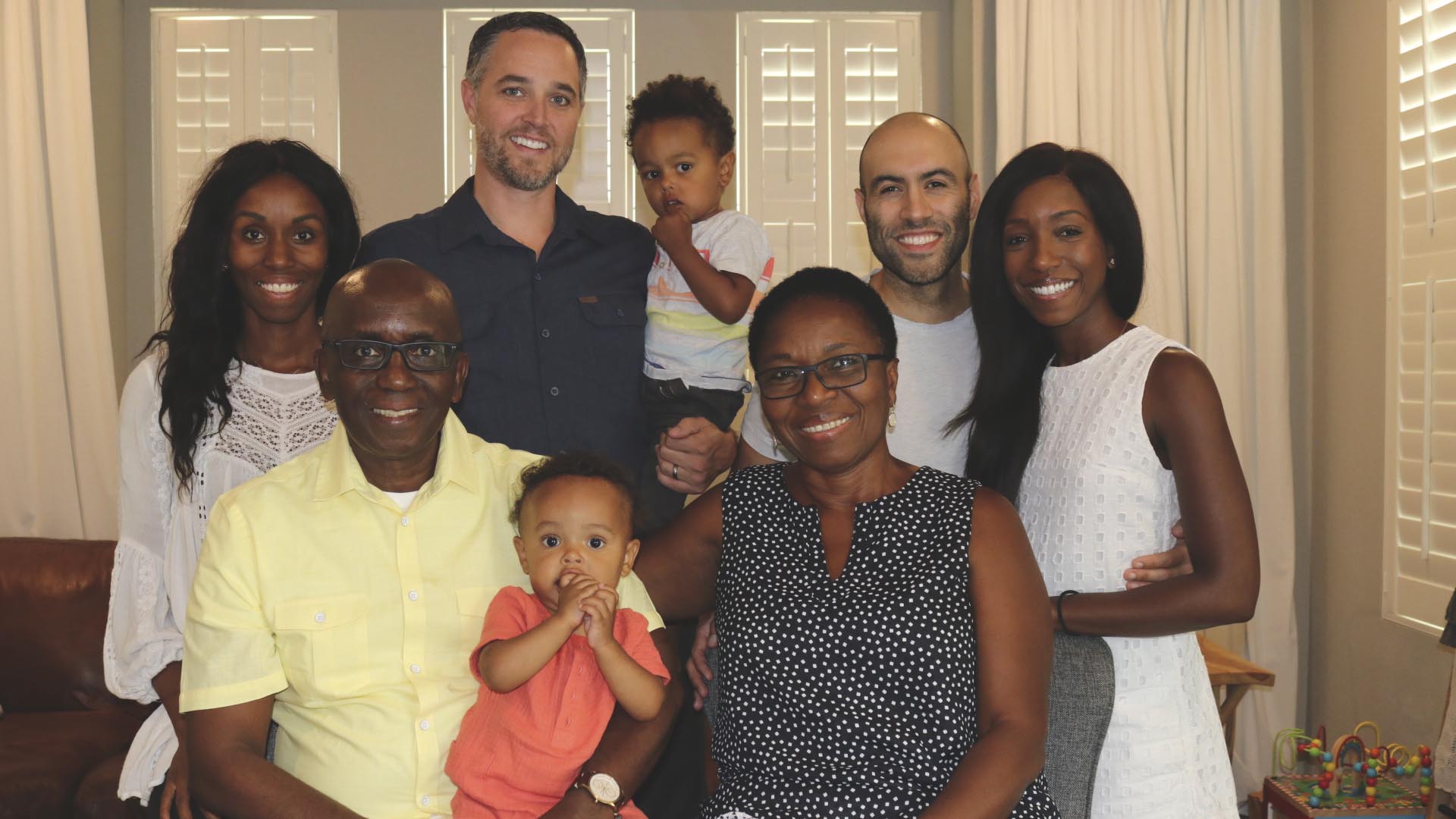 by
by Katie Crawford
,

by
by Katie Crawford

Pastor Gus Davies was born in Sierra Leone, West Africa. He was raised by Godly parents who instilled values of hard work, faithfulness in all things, adventure, and working together in community. Pastor Gus and his wife, Jeneba, got married in 1984 and have been partners in ministry ever since. Colossians 1:28-29 has served as an inspiration, motivation, and goal for their life and ministry together.

For several years, Pastor Gus and Jeneba moved back and forth from West Africa to the United States. In 1996, Pastor Gus, Jeneba, and their two daughters, Angela Marie and Catherine Joy returned to Central Florida after the outbreak of civil war in Sierra Leone. The warm welcome they received from the Northland family assured them that this was the body of believers they would call home.

Pastor Gus has been such a blessing to Northland. He has served in numerous roles, such as inner-city ministry, local and global missions, teaching classes, and shepherding pastoral obligations, and as of July 2020, Interim Senior Pastor. When asked to describe Pastor Gus in one word, Northland staff members responded with words like humble, selfless, encourager, and laughter.

“It’s a place of worship, that is God-focused. We focus on Jesus Christ, who He is, and what He has done,” said Pastor Gus when asked what is his favorite thing about Northland. “It’s inviting, it invites us to be who we are in Christ and who we can become. It’s a place where diversity is, in every understanding of the word, diversity is valued. An example would be nobody went looking for me, an African guy, because it’s a place where God is valued. So I didn’t need to prove myself as somebody of diversity. I was invited, I was encouraged.”

“When I see Pastor Gus in my mind’s eye, I see his big smile and love for Jesus,” says Pastor Sean Cooper. “Everyone who spends even a minute with Pastor Gus feels closer to Jesus.”

Pastor Gus has been a part of Northland for many years. When asked his favorite memory from Northland from the twenty-plus years he’s been here, his answer was how the church came alongside his family to disciple his children, who are now discipling others.

“It takes a whole village to raise a child.” said Pastor Gus. “One of my favorite things for me and my family is relationships. I love that even today, the relationships, some over 20 years, are still flourishing because we all value each other, we don’t need to prove ourselves. In Christ, we are accepted.”

Relationships are incredibly important to Pastor Gus. Executive Director of Community Life, Rebecca Lang, said she is willing to bet that Pastor Gus has never met a stranger. She fondly remembers the first time he spoke to her when she was volunteering at the welcome desk, he made her feel like they’d been friends forever.

“He’s been a mentor, teacher, coach, pastor, friend, and counselor to me but more, he’s been that to each and every person in my family,” said Rebecca. “My kids have benefited greatly from his guidance and advice, and my husband is immensely grateful for the godly voice Pastor Gus has been in his life, our family, and marriage.”

Over the past several years, Missions Director Matt Shiles has worked very closely with Pastor Gus. “He’s been discipling me for the last several years, and it took me awhile before I recognized that he was doing the same with so many other staff and countless congregants,” said Matt. “He is also in weekly and monthly conversations with those he discipled and led to Christ in Africa decades ago! So many of his methods won’t be broadcast. They are quiet and methodical but have an eternal impact.”

This year has not been what any of us were expecting, for our world, for our country, and even for our church family. We are excited about what this new chapter holds for us as a church. “I’m inspired by the way he has embraced this new role of Interim Senior Pastor,” said Pastor Kevin Urichko. “It’s never something he’s aspired to, but he has responded to the call with focus, prayer, determination, and trust in the Lord.”

“In times in the past, and now in the future, let us keep our eyes on Jesus,” said Pastor Gus. “He’s the head of the church and he is running the church. He’s got everything in His hands, there’s nothing new for us even in times like these, whether it’s COVID, whether it’s the storm season, whatever storm it is, Jesus is still on the throne. King Jesus rules and reigns. We need to just be faithfully obedient to Him as disciples, following Him and learning and making disciples. So that is one of the reasons why I’m very committed to the whole disciple-making process because King Jesus got this. My question to my fellow Northlanders is, are we looking to Him to take us through? He rules and reigns, I can say that over and over, he rules and reigns so let’s consider Jesus to take us through this time.”