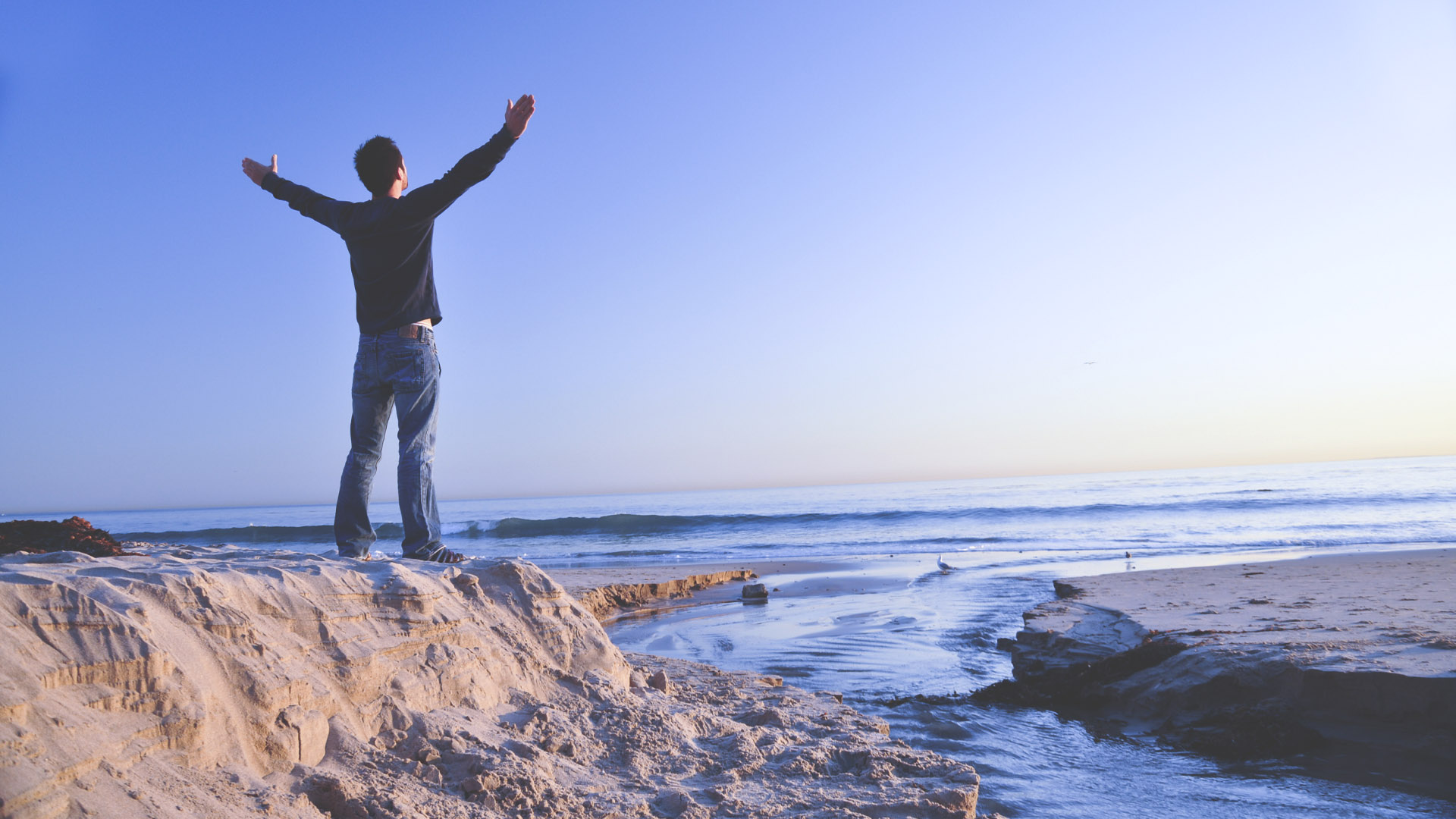 “Twenty-four years ago, my life was a mess,” says Laurie-Jean Harrington. Her daughter, 14 years old at the time, was a runaway, seen on fliers asking, “Have you seen this child?”

“I was in terrible crisis, and I was a horrible alcoholic, and I realized the booze was killing me, so I was trying to get sober,” she recalls. “I found Northland – it was a fluke. I had no idea Northland was a church. I didn’t know what it was.” Despite that, she walked into Northland one Sunday.

“When I walked in, the power of God hit me, and I knew I was where I wanted to be,” she says. She did get sober and quickly became a member of Northland. Then she began serving at His Way – a 12-step ministry at Northland.

“I was not afraid to ask for help – I was very vocal about why I was there. I was at church all the time because here I found God, who was keeping me from drinking when I didn’t even know where my child was. And that to me was a miracle. I knew God was real, and He could really help. … He can really do some things for you.”

Before that she had wondered what God could really do for her. “Boy, did He show me He could make a difference when nothing else could!”

In 2007, Laurie-Jean’s runaway daughter had a daughter, whom Laurie-Jean and her husband, Greg, got custody of from birth. “It was our opportunity to have a child together. God was giving me a second chance at being a mom by giving us [our daughter] and giving Greg and me a chance to have a child.”

At Northland, she got involved in short-term missions and even did a 12-step ministry to heroin addicts in northeast Scotland, where there’s now a Teen Challenge due in part to her team’s efforts. She also met her husband at Northland, where he served with the Prison and Jail Ministry.

That’s when she learned about Celebrate Recovery – a Christ-centered 12-step program for anyone struggling with hurt, pain or addiction of any kind.

Gretchen Kerr, who led the Prison and Jail Ministry, gathered a team to go to Saddleback Church in Lake Forest, California, which wrote the curriculum for Celebrate Recovery and hosts a big summit every year. “I’ve been to 10 of them,” says Laurie-Jean, who first went in 2009. She and three others got the vision to start Celebrate Recovery at Northland – which celebrated its 10-year anniversary in November 2019.

“I started it at Northland 10 years ago out of my own dysfunction,” she shares. “I am passionate because God is real, and people need to know. I had to spread the word!”

Currently there are 35,000 churches around the world offering Celebrate Recovery – a number that continues to grow.

Many who go through the program live up to its name. The transformation they go through is truly a celebration.

“Very few of the people who come are from the congregation because they don’t want people to know,” Laurie-Jean shares.

Set Free and Helping Others

Following are just a few of the lives changed. (Their names have been changed to honor confidentiality.) Mike was an alcoholic and drug addict who had held his head down all the time and wouldn’t look up, wouldn’t speak and couldn’t hold a job. But after just a year in the program, he would look up and would engage with people – what Laurie-Jean calls “an unbelievable transformation.”

Mary was sex-trafficked. All the horrible things that could’ve happened to her did. “She lived a nightmare as a child, was afraid of everything, wouldn’t talk, and cried all the time,” Laurie-Jean recalls. “She is now one of our major leaders with Celebrate Recovery” and Laurie-Jean’s apprentice.

Jane cried all the time and struggled with many issues, including overeating, but is now high up in the national group Overeaters Anonymous.

They are all celebrating freedom from their addictions.

“We’ve had a couple of love stories too,” says Laurie-Jean – including two weddings! Some people there fell in love and started families, “where they were totally lost and dysfunctional and had no hope of that before.”

One of those men who got married is now giving back by working in a rehab center helping others.

“People are getting jobs where they couldn’t work before and leading normal lives. They come in broken, and they come out leaders and start helping others do the same thing.”

Those in Celebrate Recovery at Northland meet every Friday night for dinner and networking with one another. The meetings have been so consistent as to only miss two in 10 years, and those were due to hurricanes when no one was allowed on the streets. They have met two Christmas Days – about 45 people were there.

On Fridays the ministry serves dinner for $3 a person, and kids eat free.

“It’s a great place to network, meet people who are wanting to do the same things they are,” she says. “You can come anytime.”

All groups are gender-specific; men and women meet separately. First there is a large-group meeting, with weeks alternating offering a lesson and a testimony. They then break out into smaller support groups by gender and issue of struggle. Typically, networking and making new friends continues afterward over coffee and cookies. The average attendance on Friday nights is about 100.

“The issues run deep, and that’s where the healing comes from, in those groups,” explains Laurie-Jean.

She tries to start a new one every quarter. They run about nine months each and overlap, and the groups are closed once they’ve started. A new group is starting in March.

The ministry saves people’s lives – and often for eternity. “God is real, He does practical things in people’s everyday lives, and people need to know this!” Laurie-Jean stresses.

As Buddy in the movie "Elf" says, "Smiling's my favorite." With Christmas just around the corner, Northland has the perfect opportunity for you to help others do just that.