our vision >our beliefs >I'm New > 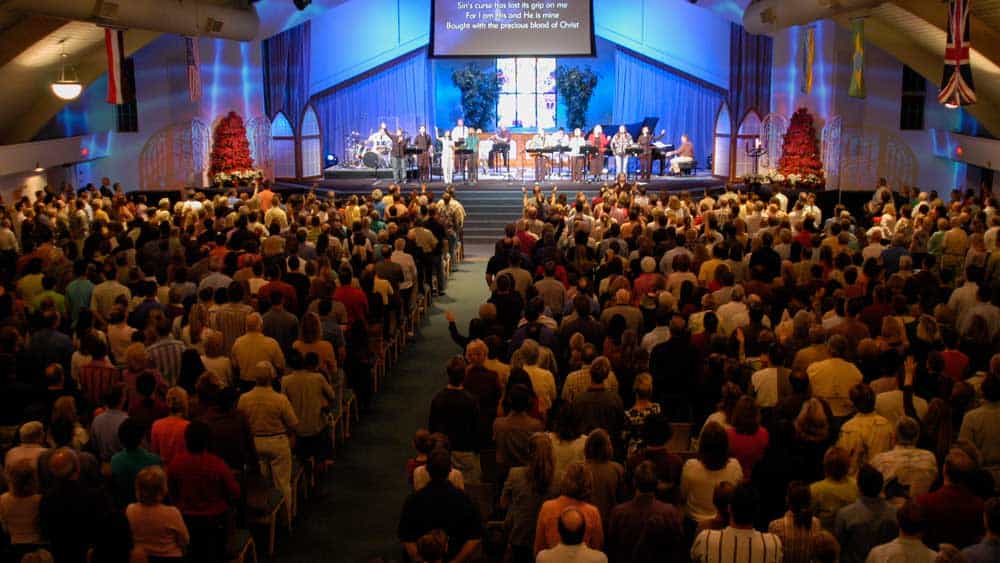 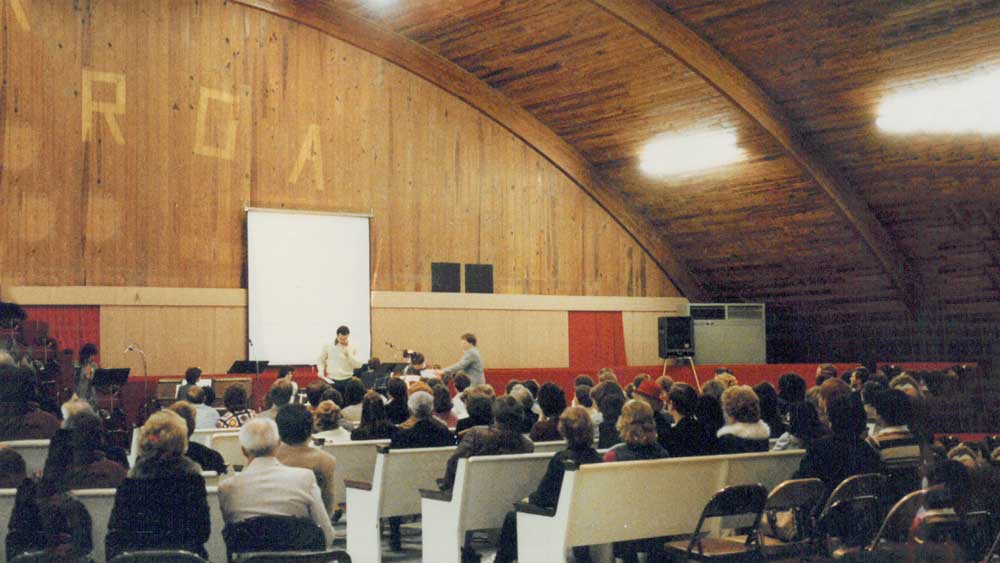 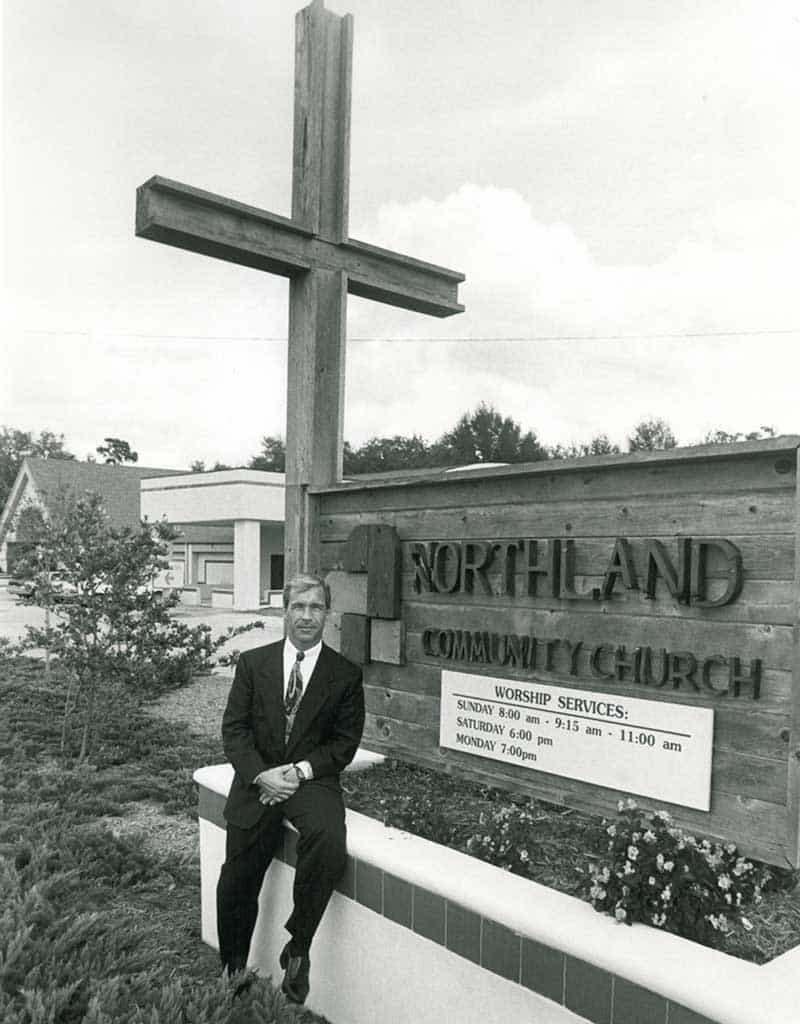 ‍Northland Church was founded in the prayers of a handful of faithful people who lived and ministered in Central Florida in the 1960s and 70s. Over the years, Northland has grown into a church of thousands, many of which engage online and have never stepped foot into the building. Northland has a vision to engage people to be fully alive in Jesus. They believe relationships form the church, not the walls.

In the early 1960s, many non-traditional churches were flourishing around the country. A well-known gathering in Chicago that met in a rented warehouse and experienced vibrant, contemporary worship was Circle Church. Its pastor was David Mains, known for his radio program, Chapel of the Air. Other congregations patterned after Circle Church began to spring up all around the country, including Clearwater Community Church in Florida. When two committed members of Clearwater Community Church, Lyle and Marge Nelsen, moved to Orlando in the summer of 1970, they searched in vain to find a church similar to the one they left behind. Feeling called to join with a handful of other individuals in planting a new church in Central Florida, Circle Community Church was born. The congregation emphasized contemporary worship, authentic relationships between believers and Biblical teaching.

Circle Community Church in Orlando flourished. But within a few years, some members on the north side of Orlando, like the Nelsens, were traveling regularly downtown to attend church, and instead felt called to help plant a similarly-focused church in the north part of town. Joining with a small group of dedicated believers, a new congregation was formed. Northland Community Church was born in 1972.

Clearwater Community Church graciously assisted Northland Community Church in finding its first pastor. John Christiansen, a Dallas Theological Seminary graduate, was called to lead the congregation. For the first several years, the church continued to mature as they gathered in available school cafeterias. Roger Franks, a graduate of Trinity Theological Seminary joined as Northland’s first intern in 1974, and by the end of 1975, his role was expanded to co-pastor.

Part of the philosophy of the church at that time was to remain numerically small, to never own a building and to avoid traditionalism. However, as the church grew from a small congregation to more than 500 attendees, the need for a more permanent facility became apparent. A building committee was formed and a new facility was selected—the vacant Skate City roller rink on Dog Track Road in Longwood.

While considering the purchase of the property, two ministry perspectives emerged within the congregation. Some felt the Lord leading them to reaffirm the original philosophy of remaining a small congregation, planting satellite churches. This group left with pastor John Christiansen and formed a new church. The remaining group felt the Lord directing them to simply be faithful to the Spirit’s movement and not place a numerical restriction upon their form of ministry. This group proceeded and purchased the property in June of 1984 and the roller rink became their church home. As the property was in major disrepair, the congregation could not hold services on the site until August. In September, pastor Roger Franks announced his intentions to resign at the end of the year.

Left with a leadership challenge and a facility in desperate need of renovation, the congregation banded together in faith, prayed for God’s guidance and began a national pastoral search.

Through a series of God-ordained circumstances and relationships, the Lord brought Dr. Joel C. Hunter and his wife, Becky, to Northland in June 1985. The first few years, ministry was hampered by the inadequate condition of the facility. The congregation was slowly making improvements on a cash-available basis with volunteer labor. A turning point occurred in the fall of 1987 when the elders determined to be obedient to the Lord’s leading and refinance the original loan, making it possible to hire a construction company to expedite necessary site improvements. The completion of renovations in 1988 was a milestone in the life of the congregation.

With the initial renovation of the facility, God brought incredible spiritual and numerical growth to the congregation. In January of this same year, Pastor Vernon Rainwater and his wife, Connie, were brought on board. Vernon had been the director of Youth for Christ in Central Florida and a member of Northland since 1985. He and Connie served as volunteer youth leaders. Pastor Rainwater was hired on staff to focus on student ministry, missions and worship.

In the fall of 1990, the elders sent Dr. Hunter away on an extended retreat to seek God’s direction concerning Northland’s future. Precisely, how did God desire for Northland to accomplish its mission of “bringing people to maturity in Christ”? From that experience, Pastor Joel conceived, and the elders affirmed, the 10-year “Journey to Spiritual Maturity” emphasis that encompassed the entire worship and educational focus for all age levels of the congregation. This spiritual journey was formative to the DNA of our preaching and worship.

Over the coming years, the staff grew from four to 90; the church went from one worship service on Sunday morning to seven services each weekend. Our next significant staff addition was Tim Tracey in 1992. Tim brought organizational leadership to our worship department and to many other areas of Northland.

In the fall of 1997, as the result of another spiritual retreat, the vision of a church unrestricted by geographical boundaries was born. In April of 1998, the elders and pastors unanimously affirmed the vision: Northland would become a “church distributed,” arranging the church around the relationships of the congregation and partner ministries, rather than around a physical building. Northland is calling people to follow Christ, distributing their lives every day in ministry to others.

Over the coming years, the congregation continued to grow and decisions had to be made about the future character of the church. As plans were being made for the new worship facility, it was determined that the building should be a ministry tool rather than a ministry center.  So, Northland constructed a facility on its Longwood campus that serves as a distribution point rather than a destination.

In October of 2017, Dr. Hunter stepped down from his 32-year tenure as senior pastor. Pastor Vernon Rainwater stood in the gap during this transition—reminding the church of the importance of its heritage while also preparing the congregation for their next season. In May of 2018, Pastor Matt Heard joined our team as Lead Pastor. He provided Northland with consistent Biblical teaching, brought stabilizing leadership, and led the congregation in a revisioning process.

In July of 2020, Pastor Gus Davies was appointed to the role of Interim Senior Pastor to lead and shepherd the staff and congregation in a succession planning process as Northland searches for their next long-term leader.

The leadership and congregation of Northland see this as an exciting era. While the church’s mission and message remain unchanged, there is much anticipation about the opportunity to explore better expressions of the church for our community and the world. We remain completely dependent on God while waiting for the redemption of all things.

He is the one we proclaim, admonishing and teaching everyone with all wisdom, so that we may present everyone fully mature in Christ. To this end I strenuously contend with all the energy Christ so powerfully works in me.
– Colossians 1:28-29