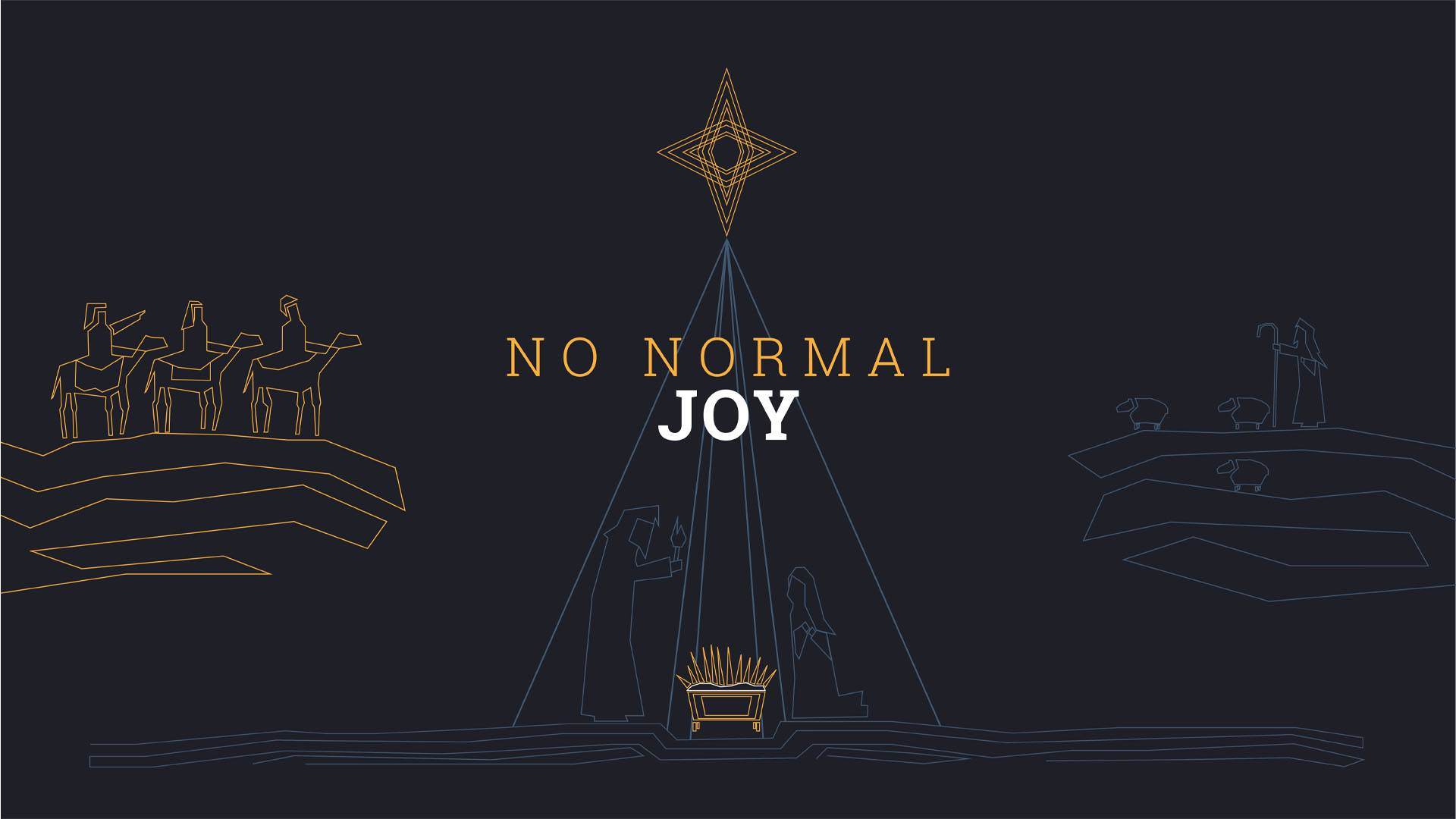 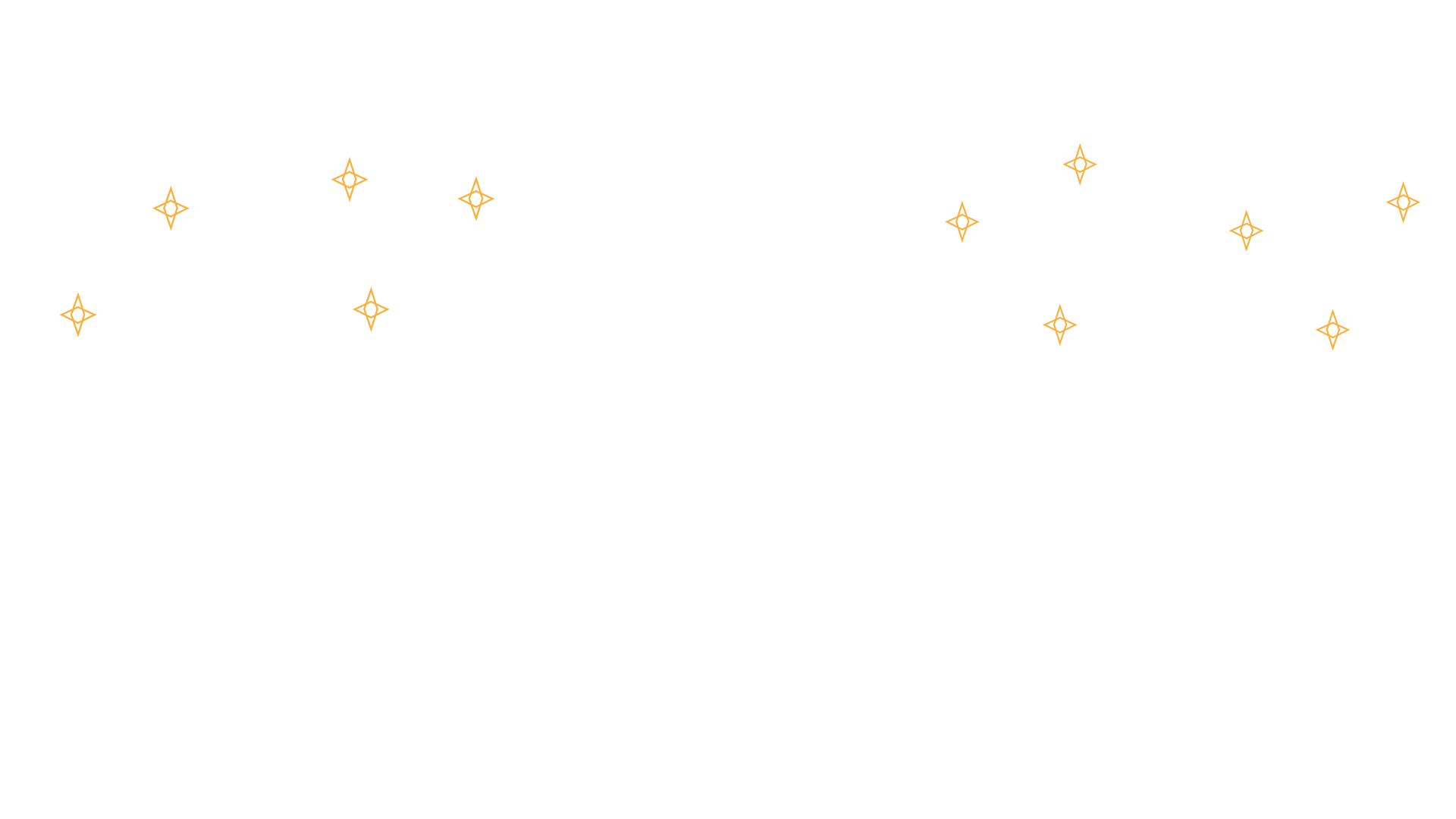 The Magi Visit the Messiah

2 After Jesus was born in Bethlehem in Judea, during the time of King Herod, Magi from the east came to Jerusalem 2 and asked, “Where is the one who has been born king of the Jews? We saw his star when it rose and have come to worship him.”

3 When King Herod heard this he was disturbed, and all Jerusalem with him. 4 When he had called together all the people’s chief priests and teachers of the law, he asked them where the Messiah was to be born. 5 “In Bethlehem in Judea,” they replied, “for this is what the prophet has written:

6 “‘But you, Bethlehem, in the land of Judah,
are by no means least among the rulers of Judah;
for out of you will come a ruler
who will shepherd my people Israel.’”

7 Then Herod called the Magi secretly and found out from them the exact time the star had appeared. 8 He sent them to Bethlehem and said, “Go and search carefully for the child. As soon as you find him, report to me, so that I too may go and worship him.”

9 After they had heard the king, they went on their way, and the star they had seen when it rose went ahead of them until it stopped over the place where the child was. 10 When they saw the star, they were overjoyed. 11 On coming to the house, they saw the child with his mother Mary, and they bowed down and worshiped him. Then they opened their treasures and presented him with gifts of gold, frankincense and myrrh. 12 And having been warned in a dream not to go back to Herod, they returned to their country by another route.

There are moments when we see God come through that take us straight to our knees with our hands lifted high. This week was one of those times.

At Northland, we have not too often felt emboldened when it comes to asking for financial support. We tend to feel this might be viewed as marketing or applying pressure that we don’t want to be known for.

But, what is God telling us to do? In Matthew 7:7, Jesus tells us to “Ask and it will be given to you; seek and you will find; knock and the door will be opened to you.” - NIV

On November 10th, I was part of a Zoom meeting with 13 other Northland Staff Members who were involved in finalizing the plans for Giving Tuesday. Entering that meeting, there were five different concepts on the table. As we discussed, listened, and prayed it became clear that the overwhelming majority felt we needed not to focus on COVID relief but put our efforts into 121Hope. The team was “all in” and began to develop the message we needed to place both on our Northland website and on Social Media. I’ll take a segue for a moment so you go back to my comment above about marketing. It is not a ‘bad” word in fact if we really think about it, isn’t that the essence of being a witness, telling the world what God has done? In Mark 2 Jesus recognizes the creativity and deep desire some men had in getting their paralyzed friend in front of Jesus, they stopped at nothing. Determined, they cut a hole in the roof and lowered him into a crowded room. Jesus did heal him, and made sure everyone knew by telling the man to take up his mat and walk right out through the large crowd.

A great deal of prayer, planning, and review went into how we would present the needs of 121Hope on Giving Tuesday. The team committed to doing all they could to have a space in a worldwide marketplace for generosity. The goal was set at $25,000 and the preparation was completed. Meg Johnson with her team of volunteers and victim advocates held several prayer gatherings via Zoom in advance of Giving Tuesday. Every time the focus was on how God would use them with whatever He provided.

Yes, we are in the midst of a global pandemic, and we all have questions about asking for support during a time like this, but God is in control. If we filter out the noise, we can see Him working among us all the time. Giving Tuesday for 121Hope was one of those times. As of Thursday 12/3 the anticipated stretch goal request of $25,000, was blown away by a God who sees straight to the heart of those asking and those responding. That request for support has delivered $55,713.10.

I can assure that Meg and her team will be mindful of each person who gave and the trust they have shown in her and this mission. They will honor your generosity in the way they use every dollar provided. Let me close with a quote from Meg “We believe God has a plan to save our broken world, and it begins with his church and his people.”

God Bless you Northland, as you are people who recognize that we can accomplish a great deal for the Lord as individuals, but when we join together the potential is beyond our dreams. 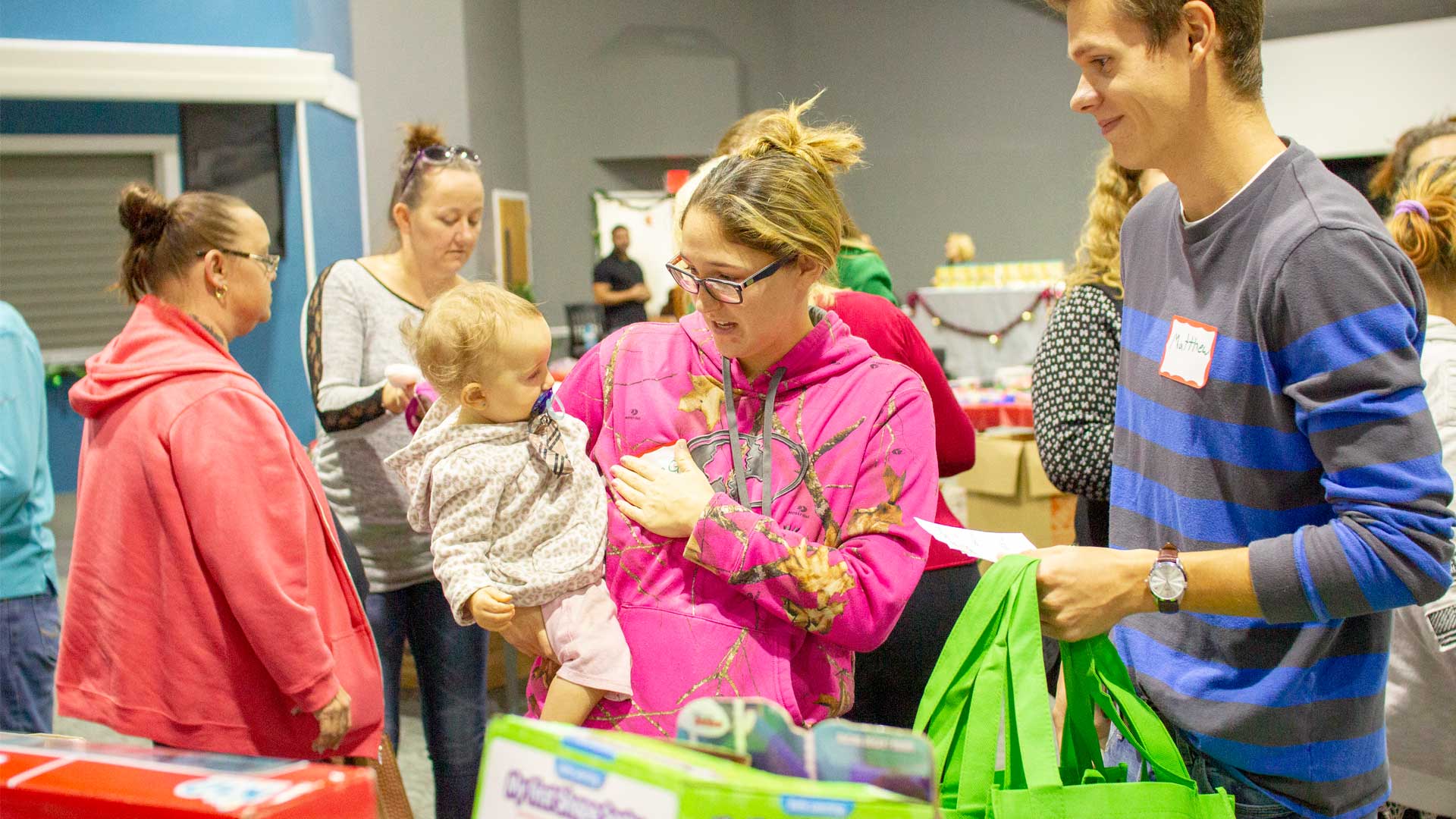 Volunteer at one of our Christmas Services 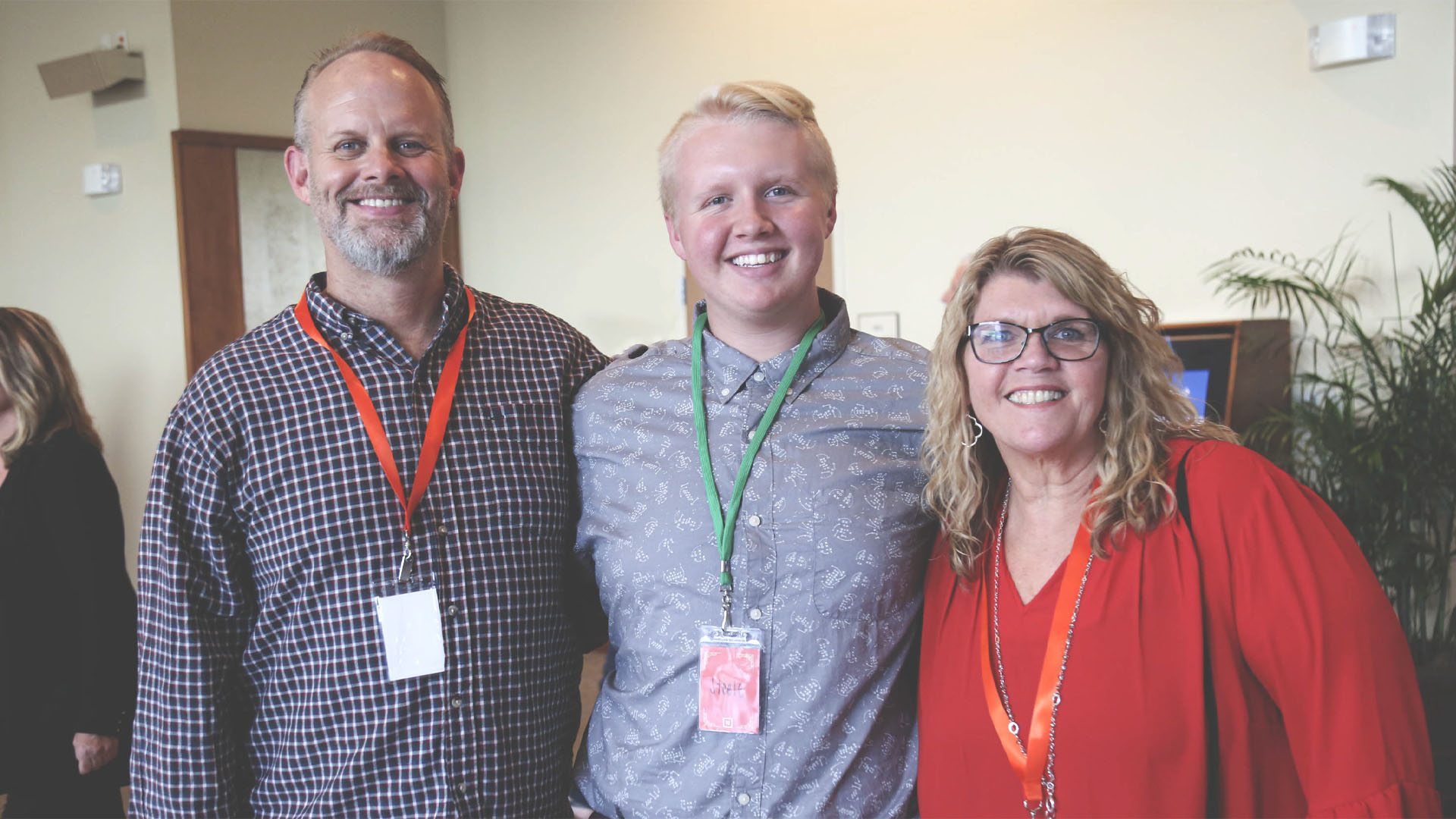 This Christmas is certain to be unlike any that we've had before. With physical distancing precautions in place for all of our Christmas services, we will need YOUR help to accommodate each and every person who attends a service! 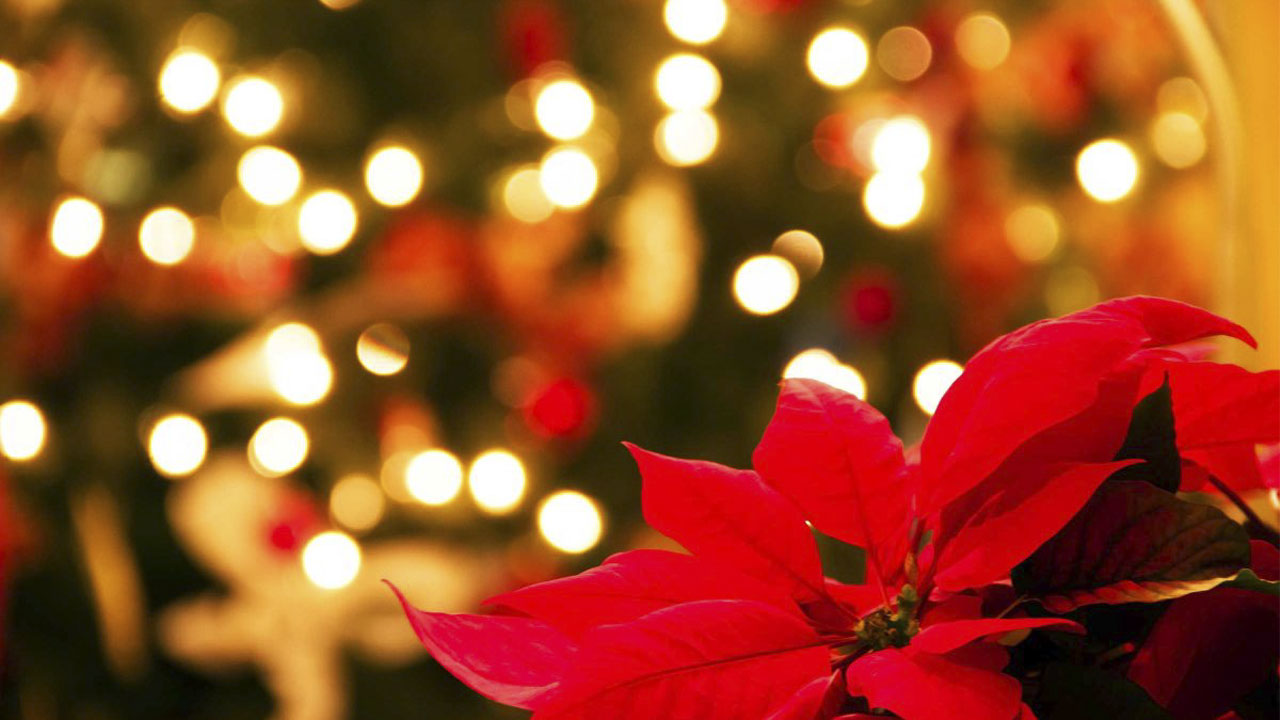 Honor or memorialize a loved one by purchasing a Christmas Poinsettia. Orders are due by Monday, December 21. 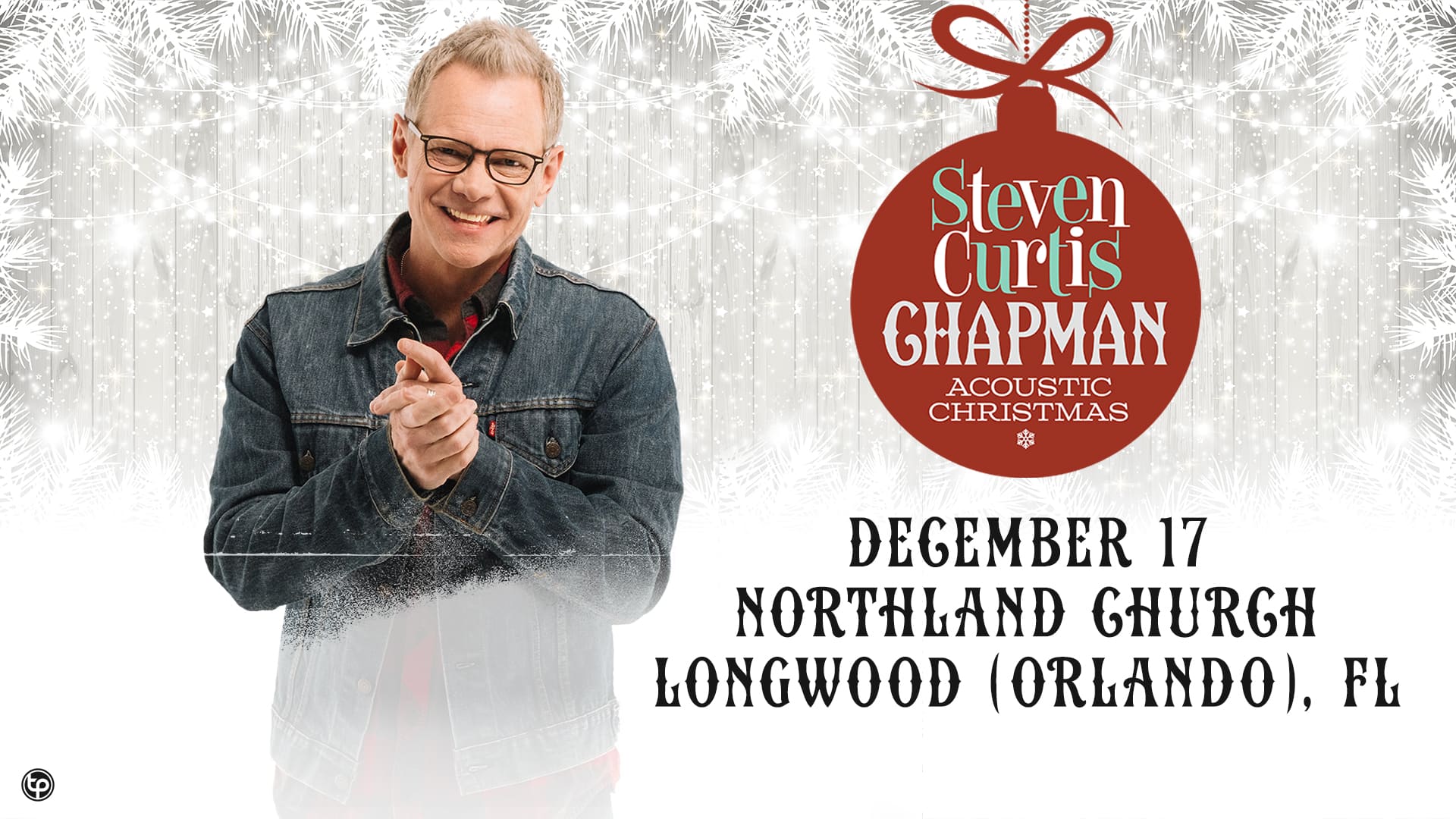 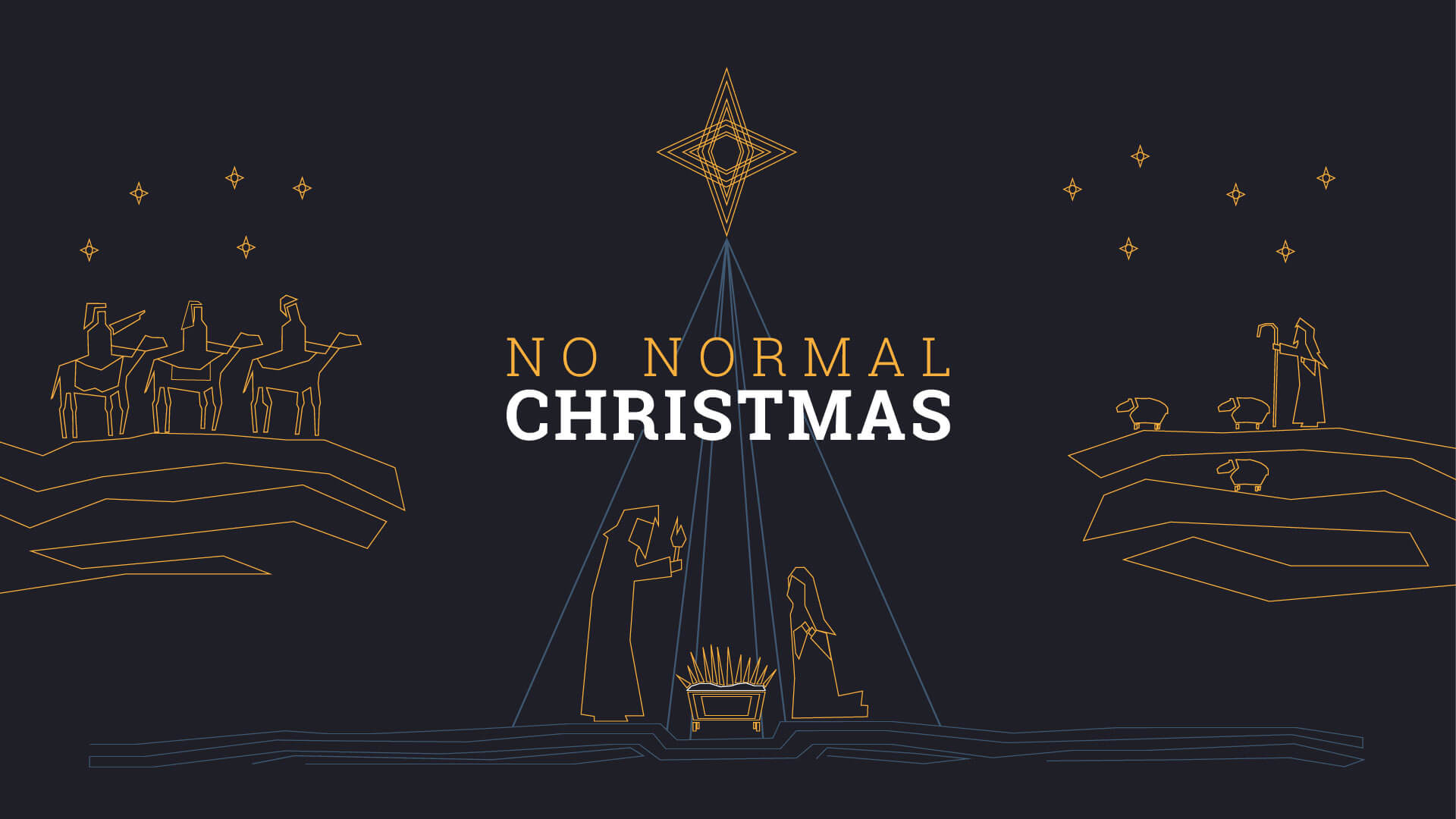 Reserve your spots for next weekend! 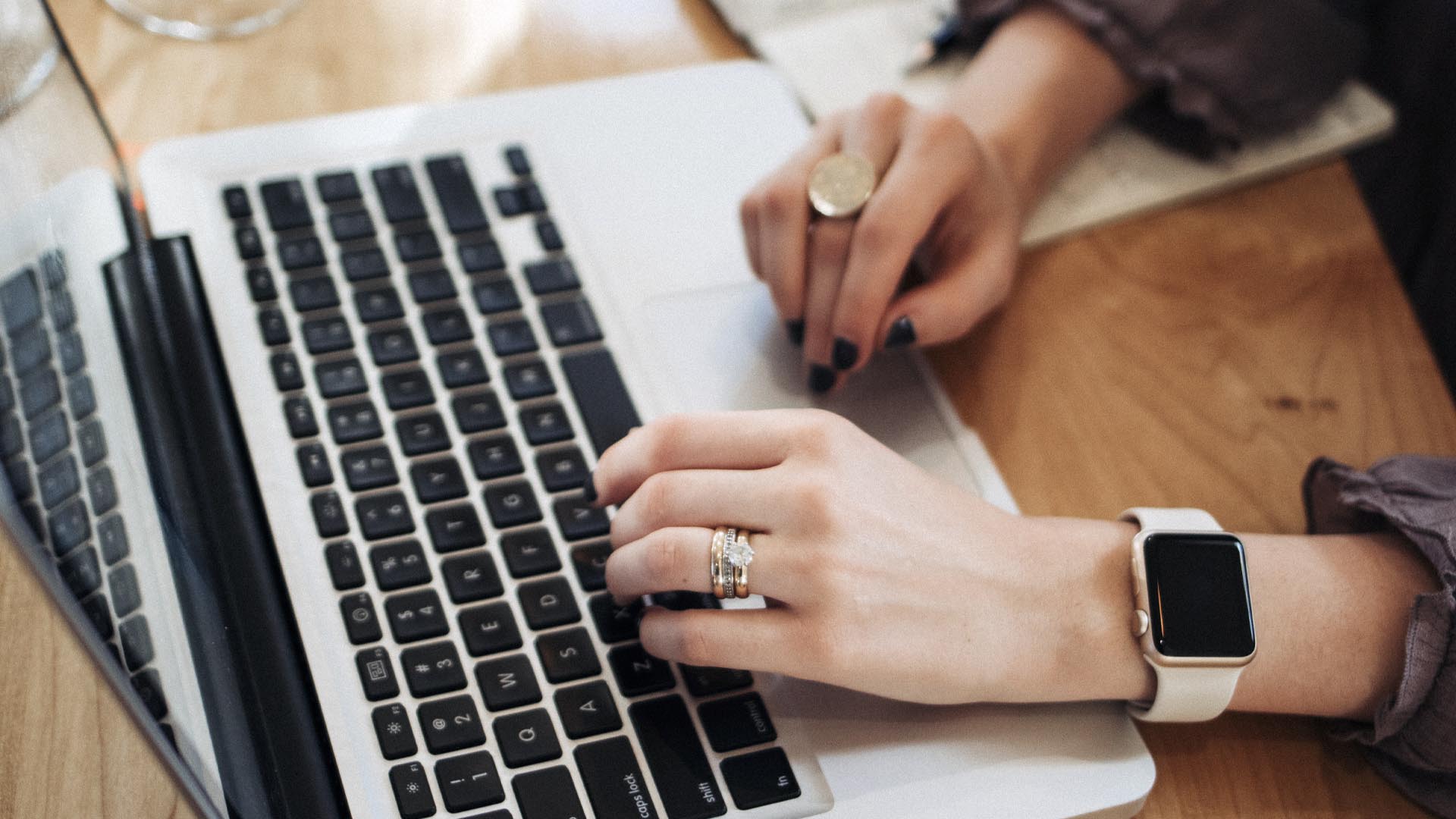 Don’t forget to reserve your seats for service and spots for your kids in children's and student ministries every Tuesday at 8 a.m. 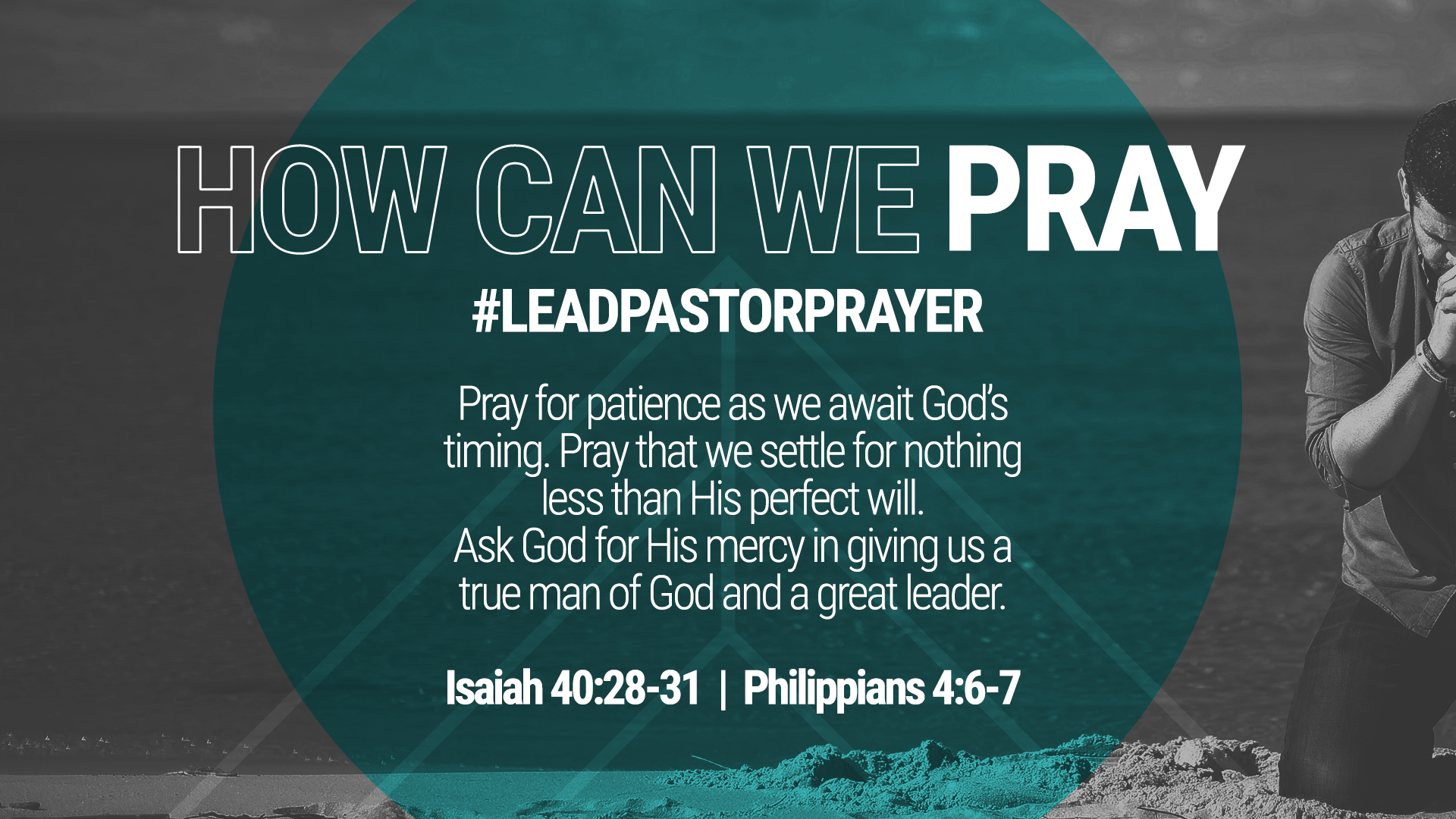 Join us as we come together as a church to pray for our lead Pastor as God prepares him for us and us for him. 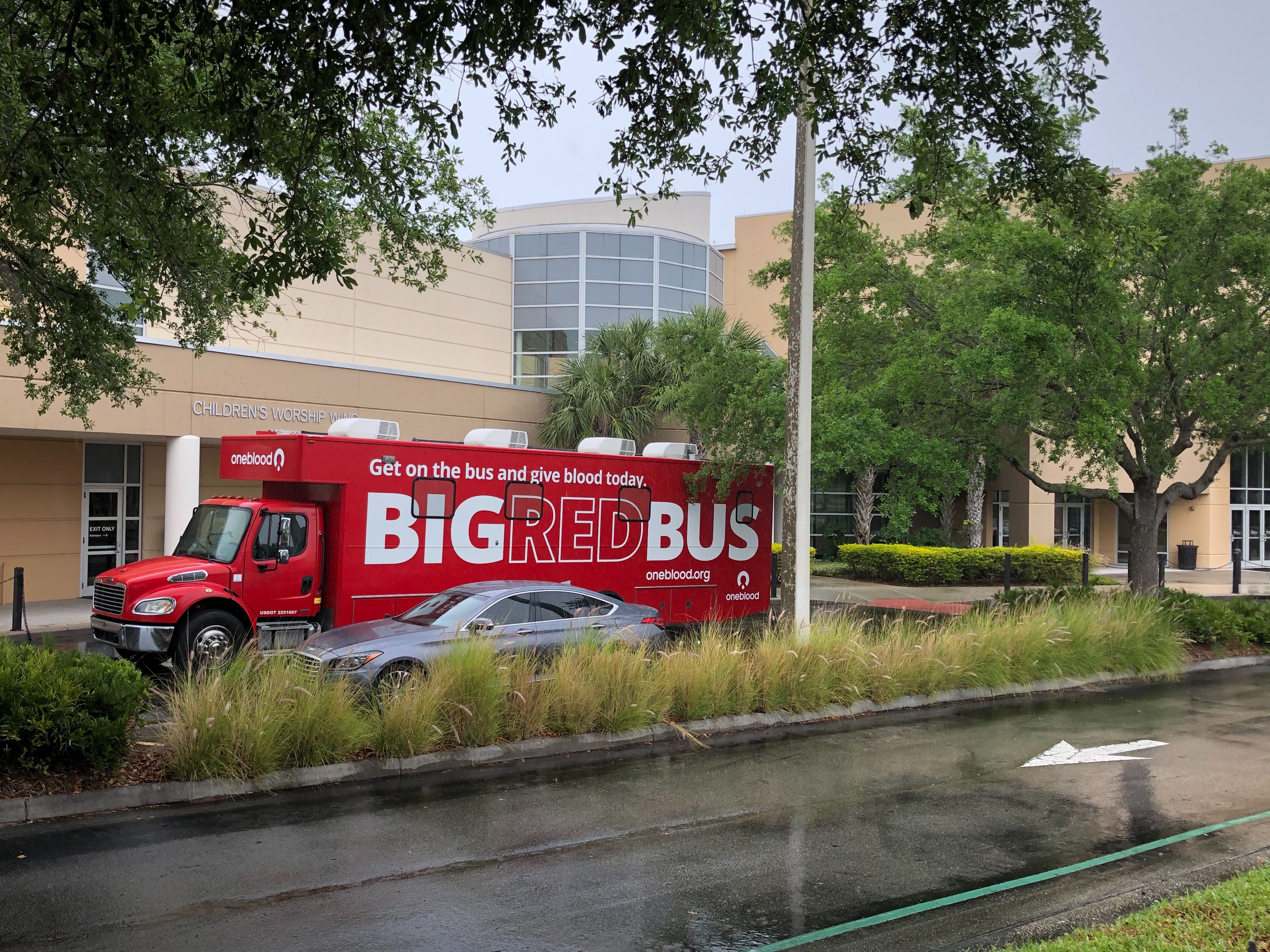 This Advent season we have a special 4-week study that contains scripture, digging-deeper questions, family activities and more. Follow along with us each week as we journey through this Advent season. For the full study download it here >‍

New to Northland? Need prayer? Looking for community?
LET US KNOW >
Did you recently accept Jesus or want to know more about having relationship with Him?
WE CAN HELP >
© 2020 Northland Church. All rights reserved.
530 Dog Track Road Longwood, FL 32750
I'm NewAboutStaffCalendarGet ConnectedBlogs Videos
Find a GroupPrayRead the BibleServeOnline WorshipNeed HelpGive